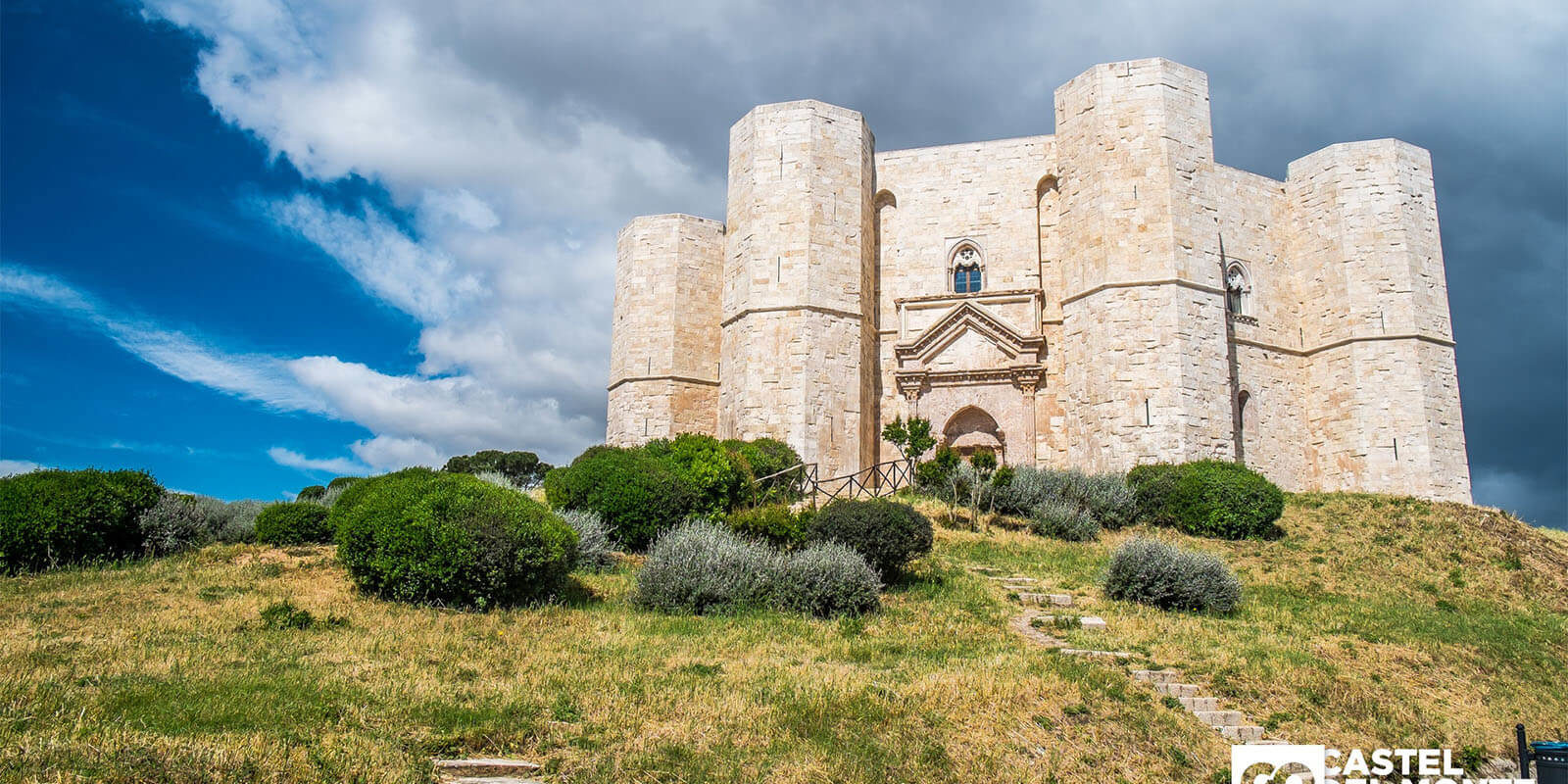 Castel del Monte is one of the 54 UNESCO World Heritage Sites in Italy. Commissioned by Frederick II of Swabia in the 13th Century, the Castle is a massive and dominating octagonal structure that sits on a small stretch of the Murge plateau in Apulia, 11 mi from Andria.

Universally considered an example of genius medieval architecture, Castel del Monte actually unites elements of diverse styles and traditions from different epochs in history. Visitors can see this in the Romanic lines of the lions at the Castle’s entrance, in the Gothic cornice of the towers, in the Classical movement of its interior frieze, in the defensive grandeur of the structure in general and in the Islamic refinement of its mosaics.

Built in c. 1240, Castel del Monte became the permanent seat of the Court of Frederick II of Hohenstaufen (who became sovereign of the Kingdom of Sicily at three years of age). The monarch, nicknamed “Stupor Mundi” for his eclecticism and his enormous culture, bequeathed his own mysterious air and enigmatic legacy to the Castle itself. An invaluable masterpiece of Italian history, Castel del Monte fully deserves its designation as a World Heritage Site. Visit this enigma of a castle and live its 1,000 mysteries!