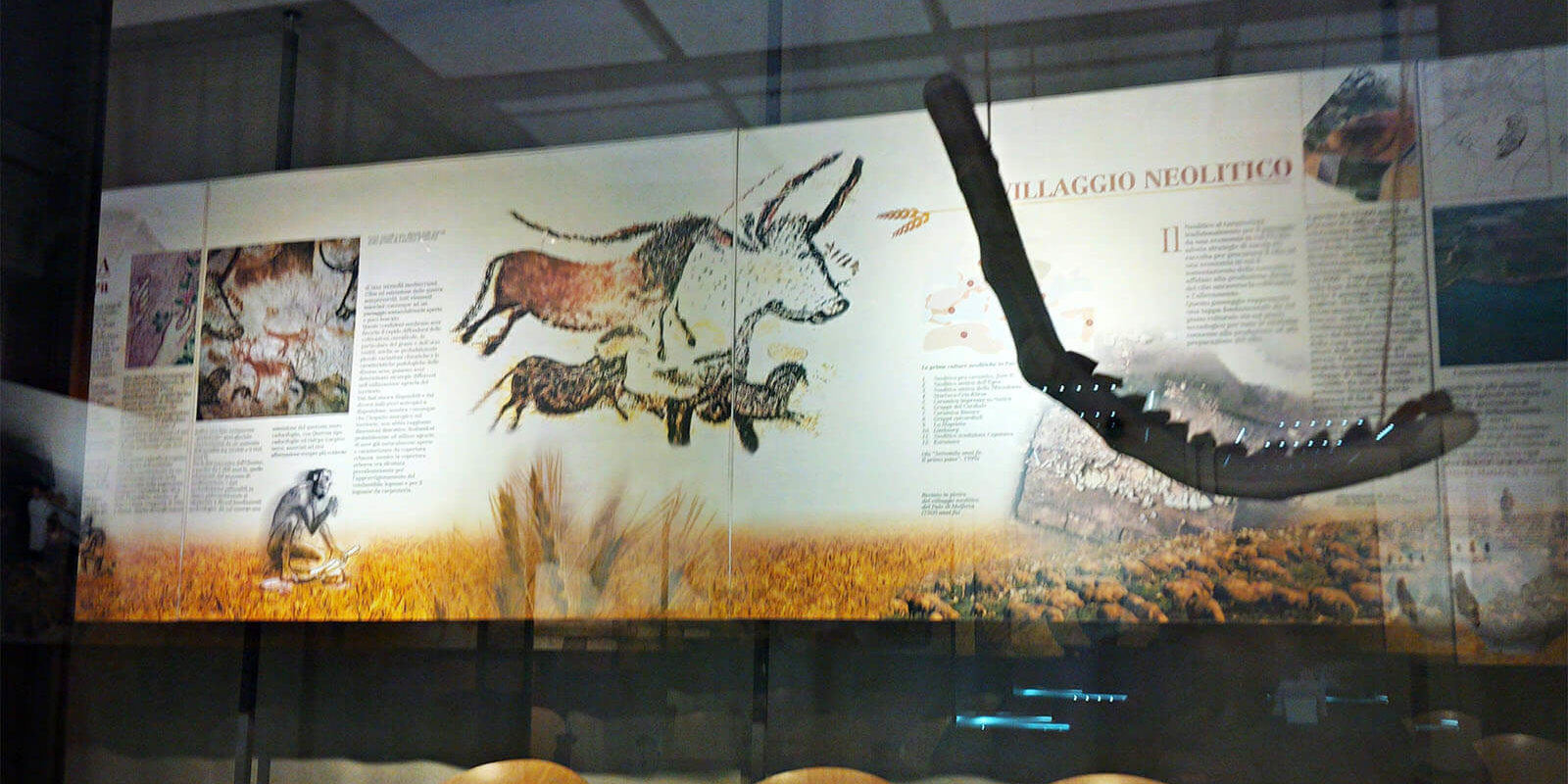 The exhibition is divided into four sections, starting with one dedicated to the Prehistoric era. This features an interesting photographic exhibition on Altamura Man, the only skeleton from the Middle Palaeolithic period to have been found in Italy, which was discovered in the Lamalunga district in 1993.

The Archaic section has tombs and grave goods found in the necropolises of Altamura and Gravina in Puglia. The rooms dedicated to the Classical and Hellenistic periods display numerous Attic vases, while the section illustrating the Early Middle Ages features gold and silver jewellery found in the Belmonte locality. The museum also hosts a restoration laboratory.